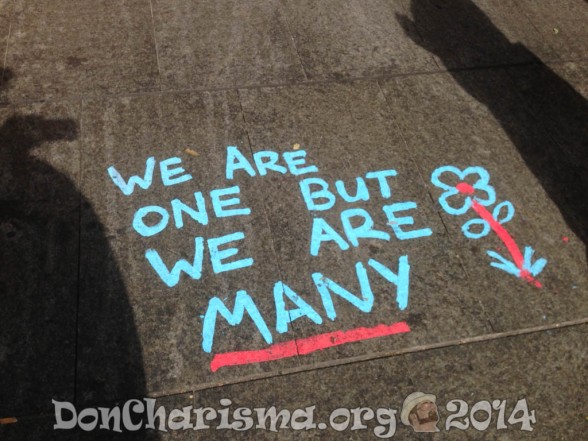 Great…we are one, yet we are many!

In London we have Londoners. In New York you have New Yorkers. The people from Britain are the British. People from Thailand are Thais. People from America are Americans. And so on.

Hopefully someone’ll clear that up for me, it’s been keeping me awake at nights 😀

One of my Australian friends has sent over more photos from Sydney. People in Sydney still remain in mourning after the recent terror attack. There’s also a strong feeling of solidarity, and, obviously, standing strong together in the face of cowards. Which should remind all of us that we’re a lot stronger as communities than as individuals.

The whos, whats and whys I’m not overly concerned with here, so discussion on those…